Episode 5 of The Ones features Colin Lester; CEO of JEM Music and Manager of Craig David. With 35 years in the music industry, he discovered Travis and The Arctic Monkeys and was nominated for Music Manager of the Year 2017 by Music Week. 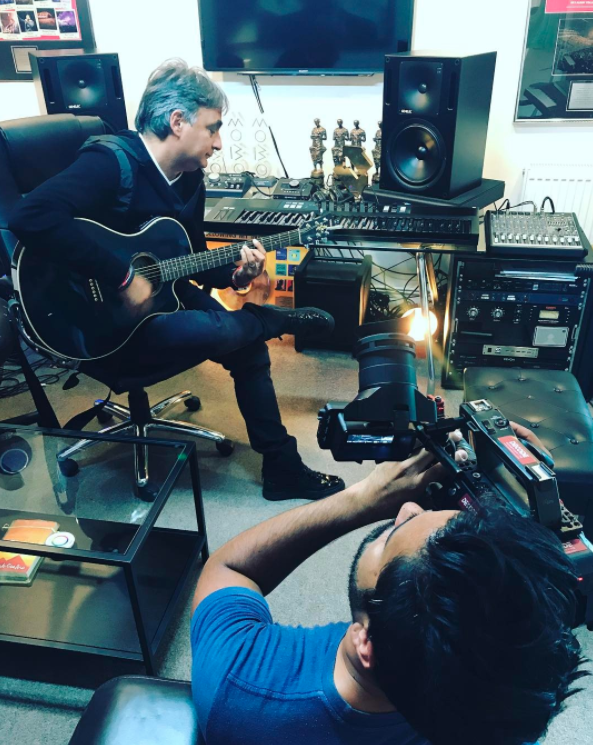 We filmed Colin’s interview over three hours at the JEM Music offices near Dollis Hill on a Friday afternoon. After walking through the door, Colin greeted myself and the Director with a buffet of Chinese food and forced us to eat (not really, we didn’t need forcing) He insisted on gifting us with a wardrobe of merchandise and an exclusive listen to Craig’s new single ‘Heartline’ which was due to be released a few days later. This was all before we began filming. The interview ended up lasting an hour longer than expected because it was such an enjoyable conversation.

Of all the inspiring things that Colin shared with me on the day, the one thing that resonated with me most of all was his idea that Time is our most valuable commodity and therefore, we must learn to live in the moment and enjoy things as they are happening as it is far too easy to be distracted in our everyday lives and take the small things for granted.

He mentioned that if he could go back in time and change anything, it would be to rid himself of people who waste his precious time.  Once gone, it’s something you can’t get back.

Here’s the episode if you haven’t seen it: