A pork pie ice cream is coming to Brixton

A pork pie ice cream is coming to London as part of British Pie Week.

Pieminister have announced they are releasing a ‘Pork Pie-Scream’  which will be available from March 5-11 at their new Brixton Market location.

The Pie-Scream will consist of vanilla ice cream mixed with maple syrup and free range British bacon, served in a waffle cone made from ‘pie crust’ and garnished with pork scratching and apple sauce. 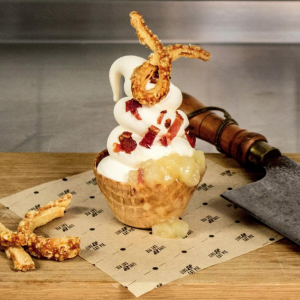 (If you’re not tempted, don’t fret – they will also be serving a range of ‘normal’ flavours like cherry and apple pie).